We had a plane to catch. As fate would have it, we were scheduled to spend a week in Costa Rica where I had to complete a weeklong residency. My partner planned to catch up on his rest, not knowing he would also need the time away to recoup emotionally. He was so excited about becoming a father again. We thought we would spend the week celebrating the expansion of our family. Instead, ashes were settled into a tiny pink urn atop our bedroom dresser. It had been one week since I lost the baby.

When we returned to The States, he went back to his usually hectic work schedule. But, things were never quite the same. There were moments when I would catch him staring into space and sometimes I could tell he had been crying. Yet, he rarely wanted to talk about it. His perpetual sadness went on for nearly a year, even after we got the good news. We were pregnant again.

There were times when I thought he would never recover and a few times I urged him to go talk to a professional. I was mourning too, but felt I had to be functional for our children and the new little fetus growing inside me. His depression was a constant reminder of our loss and I just wanted to be excited about my pregnancy. Though our daughter’s birth was instrumental to my healing, my miscarriage is something he still struggles with.

Are men at risk of developing psychological distress?

Miscarriage often affects the mental wellbeing of men. According to a new study 58 percent of men suffer a lack of concentration, 47 percent develop sleep problems and 48 percent report problems on the job after their partner’s miscarriage. These are all common symptoms of anxiety and depression. Most men reported feeling the need to suppress their feelings in order to avoid causing any more pain to their girlfriend or wife. Hiding their emotions while trying to be the pillar of strength, and rarely being asked how they felt, made them feel marginalized during this tough time.

What are the signs of depression?

Experiencing a miscarriage can increase the risk of developing major depression. Depression in men is common, however men are less likely to recognize a problem and seek help. Common symptoms of depression include:

Where can men turn for help?

If you are experiencing any of the symptoms above, seek help. Be honest with your partner, friends and family. Your feelings of loss are valid and you do not have to cope alone. Ask your physician for a referral to a mental health counselor, or check your local listings online. Individual and couples therapy, or a support group, may be helpful to you during your time of grief. 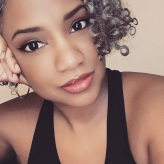 Shanon Lee is a freelance writer and blogger. Her work has appeared on The Huffington Post, MariaShriver.com and many other digital publications. With a background in human resources and mental health, she often writes about business, relationships and health. To learn more, visit her website or connect with her on Twitter.