Often times the cause of miscarriage can not be easily determined. Since first trimester miscarriage is not considered a medical abnormality most doctors don’t recommend testing to determine the cause until at least 3 consecutive miscarriages have occurred.

Hormonal Factors:
Hormonal factors including polycystic ovarian syndrome, thyroid disorder and luteal phase defect have all been indicated as risk factors for miscarriage. Diagnosis and proper treatment and a plan for pregnancy should be considered with your physician before pregnancy to reduce miscarriage risk.

Infections/Illness:
Certain infections/illnesses – both in the woman and fetus – are linked to an increase risk of miscarriage. A few of these infections include rubella, chlamydia, listeria monocytogenes, toxoplasmosa gondii, herpes simplex and parovirus B19.

Clotting Disorders (Thrombophilias):
Clotting disorders – the most common being Factor V Leiden and prothrombin mutations and protein C and protein S deficiencies – can cause death of fetus due to a clot in the placenta, umbilical cord or within the mother. Miscarriage due to clotting disorders tend to occur after the 10th week of pregnancy or later in the second trimester (leading to possible stillbirth).

Lifestyle Factors:
Cigarette smoking – both by the mother and father – have been linked to an increased risk of miscarriage. Alcohol and drug use while pregnant are also strongly linked to miscarriage. 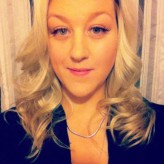 is the founder and executive director of the award-winning resource Unspoken Grief .